I was in this surreal situation.

I was sitting in the food hall of a large mall, talking in French and holding seven black pearls in my open palm — none of which belonged to me! The only way for me to get what I wanted was to take some action!

My friend, Pat had arrived from the UK for a holiday with me. She brought me 120 pounds sterling — a gift from my family. At the time 120 pounds equated to $370NZ.

I was instructed to buy something nice with it. So, I paid the money into my bank account, ready to spend.

Over the previous few months, I’d thought how lovely it would be to have a black pearl pendant. I’d visualised a single black pearl on a gold chain. It was a nice-to-have item — certainly not a necessity. Maybe that was the reason I’d been so casual with my visualisation.

I was looking for something to buy with the $370, and thought some nice tableware would be a good idea. We looked in a few shops, but I couldn’t find anything I liked. As we were walking past one of the jewellers, I remembered my desire for a black pearl. There were a few black pearls in the window, and I got quite excited — until I saw the prices. They ranged from $650 to $2,200. Even a small pearl was $350, and it was only earring size.

It was lunchtime and, feeling more than a little downhearted we headed to the food hall. Remember this was 2nd January. That's mid-summer here in NZ, and it seemed as if the whole of Auckland had decided to have lunch in the same place, at the same time. Pat headed off to find something to eat, and I went in search of a table.

A middle-aged man accompanied by a teenage girl and a toddler, asleep in a pushchair, came and sat at the table with me. January is the start of most people’s summer holiday, so to see this man dressed in a suit and tie, when everyone else was in T-shirt and shorts, was unusual in itself. I said hello as he sat. I waited for Pat. At this point, I noticed the girl and he speaking French, and figured they must be on holiday. I used to live in France so I exchanged a few pleasantries in French. 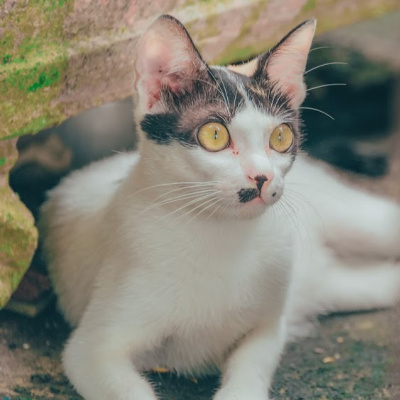 Pat arrived and sat opposite me.

After a few minutes, an elegant woman walked behind Pat and sat opposite the French guy in the suit. It was evident that she was his wife.

We all acknowledged each other, and I asked if they were from New Caledonia. They said they were from Tahiti and their names were Imelda and Rey. As we were talking in a mix of French and English, I looked again at Imelda and could hardly believe my eyes.

She had on a string of massive black pearls

Given the prices in the jewellers, it was probably worth $50K. I signalled to Pat to take a look. Pat’s eyes almost popped out of her head! When I looked at Imelda again, I noticed she was also wearing black pearl earrings, a black pearl ring and a black pearl bracelet.

Talk about "In my Face!"

Anyway, my first action was to compliment her on how beautiful the necklace was. She thanked me in broken English. I told her that we’d just been looking at black pearl pendants in the shops, but that they were extremely expensive.

Imelda then lent down beside her chair and retrieved her handbag from the floor.

She opened it and fished out a small pouch. She signalled me to hold out my hand and emptied the contents into my cupped palm. Seven beautiful black pearls. There were three huge ones, and the others were only slightly smaller. She delved into her handbag again and fished out another six or seven smaller black pearls. She had bought them with her to have a jeweller set them, as it was cheaper than getting them set in Tahiti.

From this pouch, she tipped out seven beautiful
black pearls and placed them into my hand.

And this is where things got a bit surreal!

After all, when you think of all the places you could find black pearls, the food hall in the shopping mall is probably not one of them.

So there I was, sitting at a table in the food hall, huge black pearls in my hand… in a kind of trance. 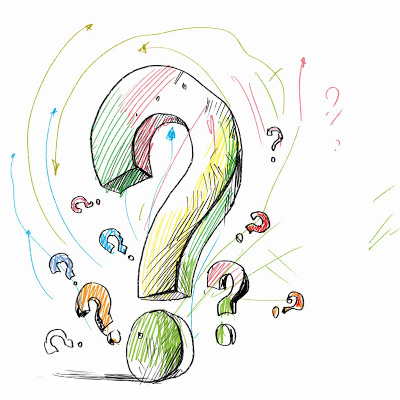 point, I asked, “Would you like to sell one?” She was hesitant but then said, “Which one?” I pointed to a dark one. She liked that particular one too — and said no.

I pointed to another large, beautiful, gunmetal grey coloured one.

“What about this one?”

Quick as a flash, Pat jumped in with, “That sounds fair.”

It was a deal!

I went and got cash from the ATM while Pat stayed seated at the table. I gave Imelda the $200, wrapping the pearl up in my serviette. We chatted with the couple for quite a while after this. As we finally left, Pat said, “Don’t scream until you get outside!”

At this point, my logical, sceptical mind piped up

I suppose it was difficult to just accept how easy it had been to get what I wanted. “She’s probably a con artist," I thought. "She’s seen you looking at those pearls in the shop window and thought you’d be a soft touch! You’ve probably bought a lump of plastic covered in ground-up shell!” (Sometimes my sceptical mind is a complete donkey!)

I took the pearl to the jewellers in town to get it set, and also asked that it be valued. And could it please be done by the following Thursday, because Pat was going back to the UK and wanted to see it in its setting before she left!

On Wednesday, I got a call from the jeweller saying I could pick up my new pearl pendant. He'd set the pearl in yellow gold, and the cost was $170. My monetary gift was $370. (You do the maths.)

“Oh, and the valuer has done a written valuation for you as well.”

Now, before you email me to ask if this story is true, I can assure you it is. What’s more, I wrote it in my diary at the time, and I revisited it today. As you may know our memories are far from accurate, and I wanted to be certain of all the facts for this post.

On that note, on with the story

What are the learnings for you?

The story illustrates that conscious creation doesn’t need to involve a lot of angst — in fact angst is counter-productive. I’d only casually visualised my black pearl, and thought, “A black pearl would be lovely.” I'm convinced it was my casual attitude that brought it to me so quickly and easily.

You need the belief that you can have what you want

My belief had strengthened over decades, due to many visualisation successes, some of which I wrote about in my Problems to Possibilities Guide.

This is probably the most important learning from this post. If I’d have just sat there, admiring Imelda's beautiful pearl jewellery, and chatting happily, I would have eventually run out of things to say.

I would have left the food hall and gone home — minus one black pearl.

If I hadn't been friendly and engaged her in conversation when she'd first joined us at the table, I wouldn't have got what I wanted. And if I hadn't asked her if she would like to sell one to me, I wouldn’t have acquired this beautiful black pearl. 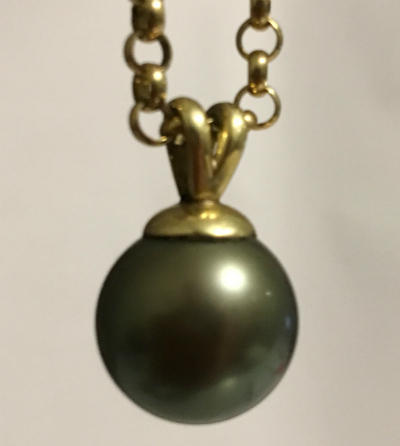